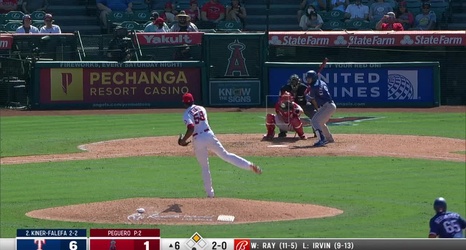 Elvis Pegueros’ major league career began when he was signed as an international free agent by the New York Yankees in 2016, and he joined the Angels last season after he was traded to them on July 21st, along with Janson Junk, for Andrew Heaney. He played with the Trash Pandas and Bees before having his contract selected by the Angels on August 25th.

Peguero played three games with the major league team, against the Orioles (Aug 26), Yankees (Aug 31), and Rangers (Sep 5). He was returned to the Salt Lake Bees from the Angels on September 17th.