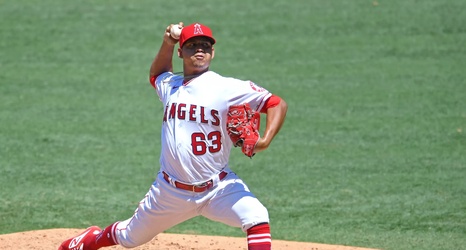 Jose Rodriguez was one of 25 Angels to throw a pitch in a major league game in 2020, and the Venezuelan right-hander was one of only two not to allow a run, along with catcher Anthony Bemboom.

Rodriguez was a non-roster invitee to spring training after pitching in nine games for the Angels as a rookie in 2019. He saw both extremes with a 2.75 ERA and 6.88 FIP, thanks to five home runs allowed in 19u2154 innings, but allowing only six total runs.

The Angels called up Rodriguez on August 1 to add a fresh arm to a decimated pitching staff, and he was active for four games.