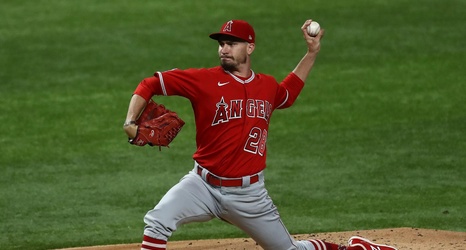 Andrew Heaney provided the Angels in 2020 something in very short supply for the franchise in recent years: competent starting pitching. But there’s still room for improvement for the left-hander.

Heaney made his first Opening Day start this season, and was impressive, allowing just one run in 4u2154 innings, striking out six while walking none in Oakland. After a brief struggle, Heaney looked like he was turning the corner into a true top-of-the-rotation pitcher. Through eight starts, he had a 3.79 ERA but his peripheral numbers were even better, with a 2.74 FIP that ranked fourth in the American League at the time.