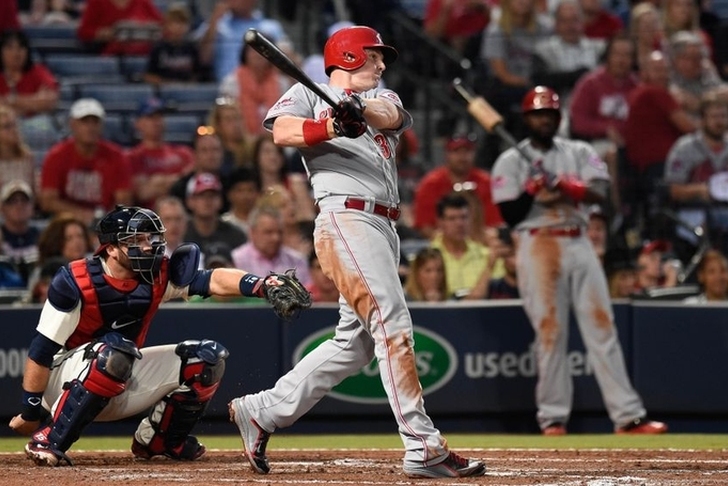 The Los Angeles Angels are still looking to acquire left-handed hitting outfielders even after trading for Shane Victorino yesterday.

According to Jon Heyman of CBSSports.com, Jay Bruce of the Reds, David Murphy of the Indians, and Ben Revere of the Phillies are all still on their radar and are hoping to bring one of them in by the deadline.

The Angels are also interested in Gerardo Parra, per Tom Haudricourt of the Milwaukee Journal Sentinel, signaling that Los Angeles is more interest in acquiring a left-handed hitter instead of just an outfielder - though they're going after the combination.

Follow our Los Angeles Angels team page for all the latest Angels news and rumors!