Angels Trade Rumors: 3 Things To Know Before The Deadline 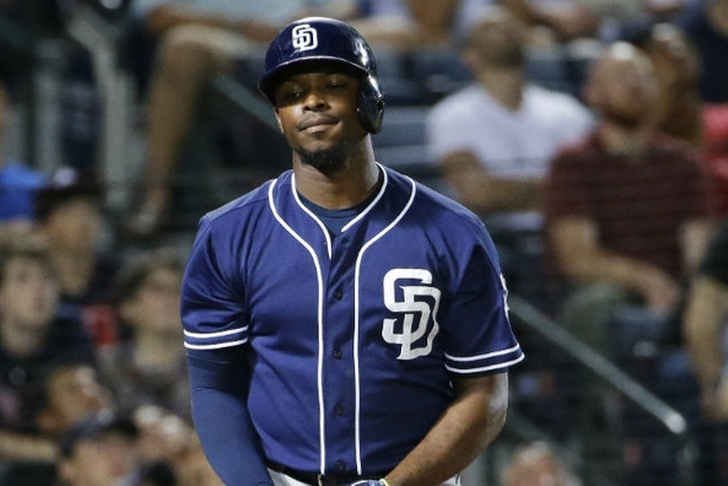 The hours are ticking down in advance of Friday's 2015 MLB Trade Deadline, and there's plenty of intrigue to go around surrounding all 30 MLB teams -- ESPECIALLY the Los Angeles Angels. With that in mind, here are three rumors you need to know:

Los Angeles still in the market for outfielders

The Angels are still looking to acquire left-handed hitting outfielders even after trading for Shane Victorino.

According to Jon Heyman of CBSSports.com, Jay Bruce of the Reds, David Murphy of the Indians, and Ben Revere of the Phillies are all still on their radar and are hoping to bring one of them in by the deadline.

The Angels are also interested in Gerardo Parra, per Tom Haudricourt of the Milwaukee Journal Sentinel, signaling that Los Angeles is more interest in acquiring a left-handed hitter instead of just an outfielder - though they're going after the combination. Which leads us too...

If Los Angeles decides to aim high for their outfield need, they could go after San Diego's Justin Upton.

The Padres are willing to get rid of most of their high-priced offseason acquisitions after they've struggled so far this year, and Upton is a talented player that has drawn a lot of interest around the league.

He's someone the Angels have been eyeing for the past few weeks, but it's unclear if they've had significant talks with San Diego about any potential deal.

Los Angeles is also looking to add another arm to their bullpen, according to MLB.com’s Alden Gonzalez, who says they are looking for something similar to last year’s addition of Jason Grilli says Gonzalez.

Craig Kimbrel, Joaquin Benoit, and Francisco Rodriguez are regarded as the top bullpen arms available, but nothing definitive has linked the Angels to any of those three names.

Follow our Los Angeles Angels team page for all the latest Angels news and rumors!