With 19 Games Remaining, What Do The Angels Have To Play For? 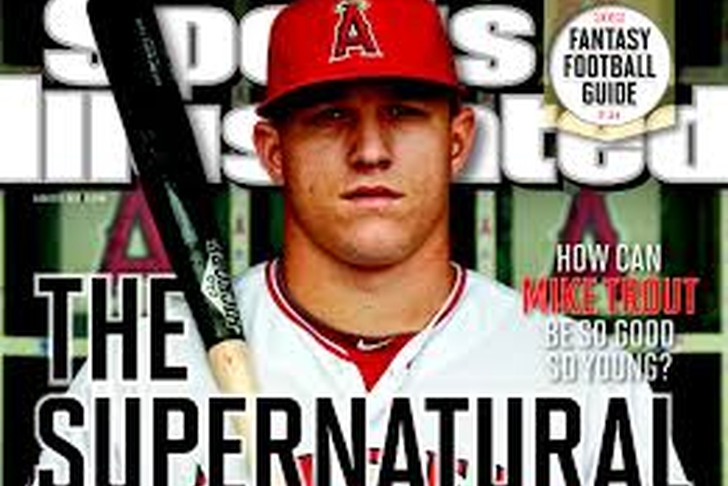 So far in September, the Angels are five up and four down. If they can continue to stay above .500 for this month, it would be the first time since June that they finished a month with a winning record.

That's rather embarrassing for a team with the sixth-highest payroll in baseball.

Does finishing the month over .500 save Mike Scoscia's job?

The answer is no. Scioscia is done after this season. As is GM Jerry Dipoto.

Would an amazing finish by Mike Trout be enough to swipe a MVP award away from an oft-injured Miguel Cabrera?

Say Trout finishes the last 19 games hitting over .400 with 8 home runs, 25 RBI, 10 stolen bases, and the Angels win 12 or more of those games. It also appears that Trout will win the all-important WAR stat battle again. Which doesn't hurt his chances.

Would they award the MVP trophy to a player on a team at or under .500?

Again, the answer is no. Not since A-Rod in 2003 (and only seven times ever) has a player on a team with a losing record won the MVP award. Even then, A-Rod didn't have a player like Miguel Cabrera - or even Chris Davis - to contend with.

Finally, a yes. Josh Hamilton is currently hitting .239 this season. It's not like he’s starting to get hot now, either. Barring an amazing turnaround, we can be fairly certain he won't hit that .250 mark.

Is the Trumbomb worth his horrendous stats?

As of today, Mark Trumbo has 31 home runs. He’s also hitting just .237 with a .293 OBP and 163 strikeouts on the season. The Angels can't continue to pay players who can't get on base (or hit at least .275). Trumbo, sadly, will be gone by the trade deadline next season.

So, what do the Angels have left to play for this season?

The answer is simple: pride. There are playoffs in sight. A number of coaches and players are likely to be replaced in a massive overhaul. At some point, these athletes need to knuckle down and start playing for pride.

The Angels are destined to be good again. With the amount of money they’re allowed to spend, it’s tough to be this bad for long.

Maybe they should go back to the winning formula of the early 2000s, when they built up one of the best farm systems in baseball. It worked much better than going out and buying superstars like they have so far, and it provided more success at a fraction of the cost.

This year, let’s hope some guys start playing for pride instead of for a paycheck. Go Angels!