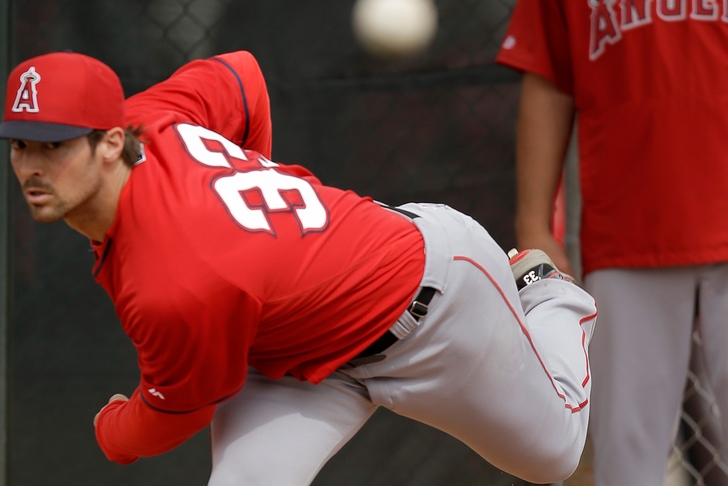 According to Ken Rosenthal of FOX Sports, the return of CJ Wilson to the rotation will allow the Angels to take a look at other aspects of their roster in the next week:

Sources: #Angels unlikely to add SP pre-7/31. Wilson expected back early Aug. Team has some $$$; would prefer not to trade more prospects.

The Angels had been rumored to be in on several starting pitchers on the current trade market, but Wilson's return coupled with the emergence of Garrett Richards should be enough for the Halos to feel confident heading into the stretch run.

With Huston Street now locked in at the back of the team's bullpen, it is still possible that the Angels could scour the trade market for an extra arm to slot into the middle of the 'pen going forward.