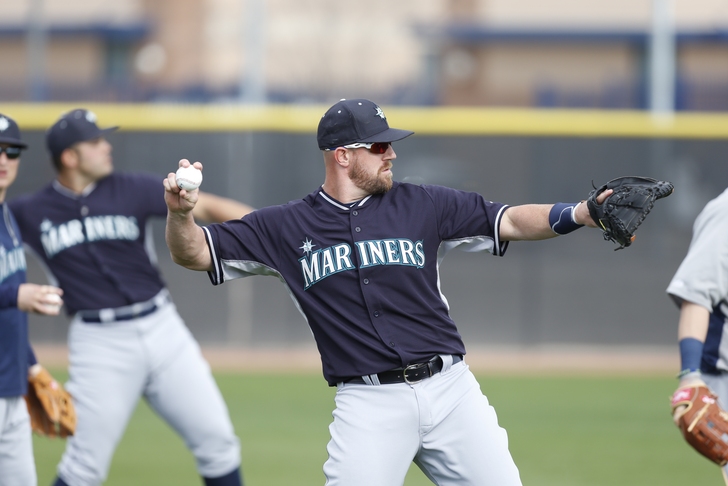 Here's Jeff Fletcher of the Orange County Register with the scoop:

#Angels have signed veteran C John Buck to a minor lg deal and assigned him to AAA. DFA'd by Mariners earlier this season.

Buck was designated for assignment on his birthday back on July 7th, before the Mariners released him outright on July 15th. He spent the first half of 2014 as the backup to Mike Zunino in the Pacific Northwest, posting a .226/.293/.286 line in just 92 plate appearances.

However, according to Seattle Times writer Ryan Divish, Buck's offense wasn't the main reason for his release. Rather, it was "growing concerns about Buck’s defense and receiving and blocking” that made him expendable in the end.

If the Angels can get the former Kansas City Royals standout back on track both offensively and defensively at Triple-A, Los Angeles could reap the benefits of Buck's low-risk, high-reward contract during the 2014 stretch run.