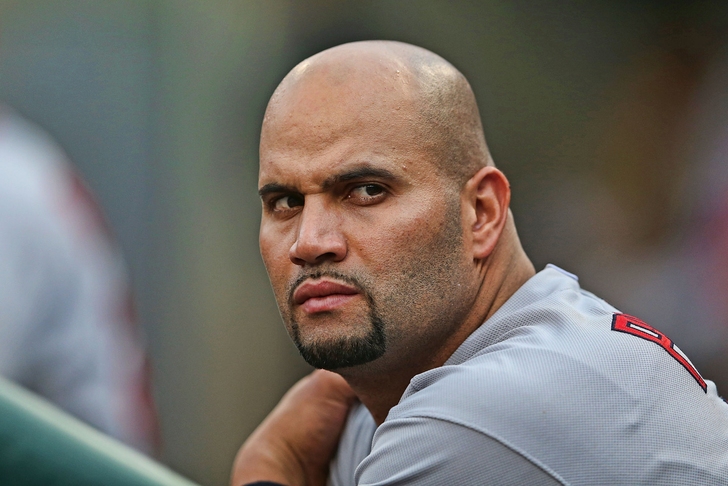 LA Angels slugger Albert Pujols said his left hamstring tightness has been improving steadily, but he missed his second-straight game on Friday (against the Giants) and is still not willing to rule out a trip to the disabled list.

“I can’t tell you that,” Pujols said when asked if he'll avoid the DL, via the OC Register.

Pujols has, however, been working out the hamstring and isn't showing signs of a longer-term injury.

“I am feeling pretty good,” Pujols said. “I did my routine in the cage.”

Per Jeff Fletcher of the OC Register, "Pujols also did some de-weighted running on a treadmill and he took batting practice on the field before Friday’s game."

The Angels could keep him out of the lineup for the entire series in San Francisco this weekend because he won't be able to ease back in an NL park with a stint as a designated hitter.