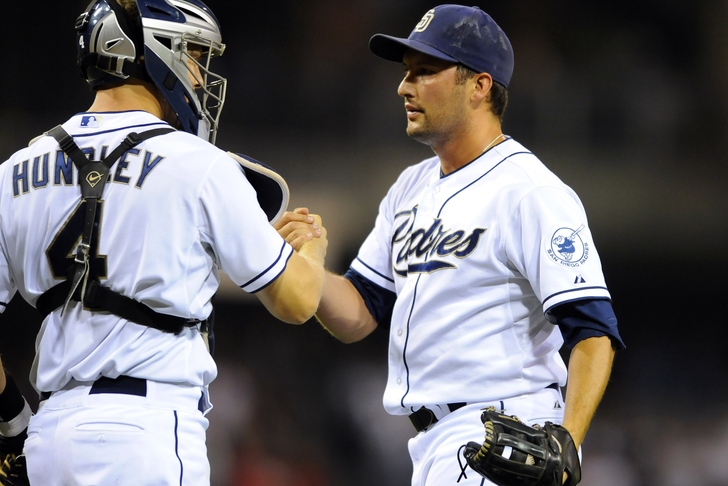 In today's look into Angels trade rumors and news, the Los Angeles Angels and San Diego Padres could not come to common ground in their recent trade talks regarding Padres starting pitcher Ian Kennedy.

According to Ken Rosenthal of FOX Sports, the Los Angeles Angels' initial interest in Kennedy was outweighed by the dissonance between the two teams in trade negotiations:

Sources: #Padres, #Angels do not match up for Kennedy. Teams still talking on Street. Pads hearing out other clubs interested in Kennedy.

Kennedy still has several suitors inquiring about him thanks to a very solid season for a struggling San Diego Padres team. The Angels, however, turn their attentions to the back of the bullpen and Huston Street - hoping that the two sides can come to a more harmonious accord when it comes to the lights-out closer.

Street has hummed along in 2014, pitching to a 1.09 ERA in 33 innings pitched. That sort of dominance could be the integral piece for the Angels in their attempt to overtake the A's atop the AL West.