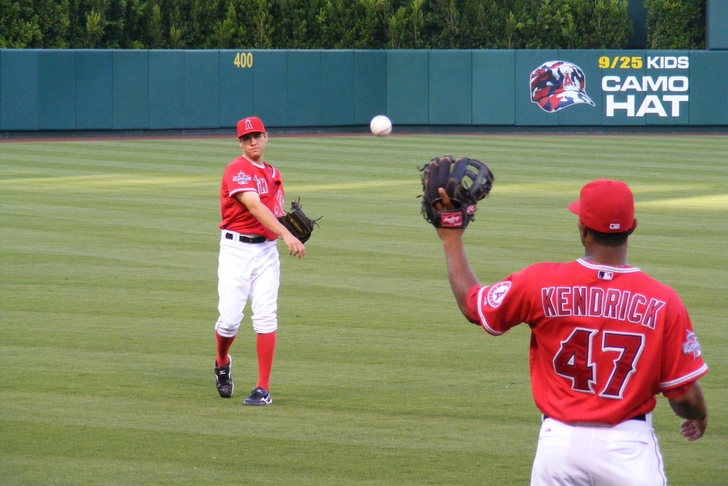 The Los Angeles Angels shocked a fair portion of their fan base during the 2014 MLB winter meetings, offloading second baseman Howie Kendrick to the Los Angeles Dodgers in exchange for young lefty Andrew Heaney.

As Mike DiGiovanna of MLB.com reports, GM Jerry Dipota indicates that the team remains open when it comes to find a replacement for Kendrick - albeit with a couple of excceptions:

#Angels GM Dipoto "open to opportunities" at 2B but not interested in FA INFs Jed Lowrie or Stephen Drew.

The team did just add Josh Rutledge to join Grant Green as in-house options to replace the veteran Kendrick. With that flexibility in-hand, Dipoto appears unwilling to spend the money that would be required to land either Lowrie or Drew.

However, that doesn't preclude Dipoto from looking at cheaper options or facilitating another trade down the road.