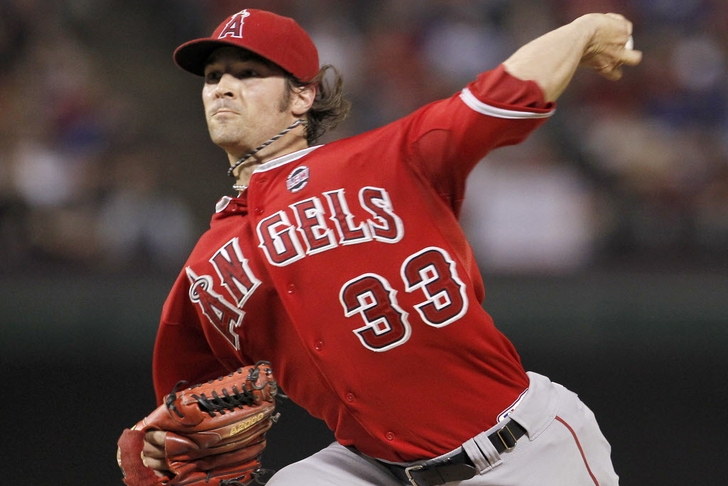 The Los Angeles Angels have been rumored to be shopping starting pitcher CJ Wilson in the trade market this winter, but general manager Jerry Dipoto is denying that that's the case.

According to Dipoto (via Bill Shaikin of the Los Angeles Times), the Angels haven't entertained a single offer for Wilson since the end of the 2014 Major League Baseball season:

Dipoto: "We haven't discussed CJ Wilson at all" with any club, whether taking a call or making it since week after World Series.

CBS Sports' Jon Heyman cited rival GMs on Sunday who indicated that the Angels had made Wilson available heading into the MLB winter meetings. However, Dipoto is directly contradicting that, either to keep potential negotiations on the down low or to put an end to trade discussions surrounding Wilson once and for all.

Either way, it remains interesting times for Angels fans as the winter meetings continue through the week.