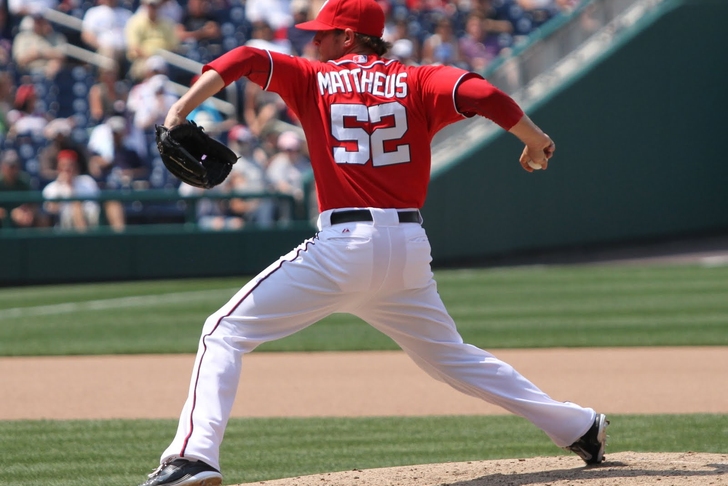 The Los Angeles Angels have signed relief pitcher Ryan Mattheus to a minor league deal with an invitation to join the club at Spring Training, per a report by James Wagner of the Washington Post.

Mattheus, 31, has been a fixture of the Washington Nationals' organization since 2010. Over that five-year span, he has posted 142.1 innings at the major league level, pitching to a 3.60 ERA with a relatively-alarming 79/53 K/BB ratio. His control issues and other plans by the Nats led to him being outrighted by the Nationals in November.

After breaking his pitching hand in May 2013 after punching a locker in frustration following a five-run outburst against him by the San Diego Padres, Mattheus has struggled to regain his command or find the stuff that brought him to the professional level in the first place.

However, the Angels are willing to take a low-risk flier on Mattheus in hopes that he could provide some needed bullpen depth in 2015.