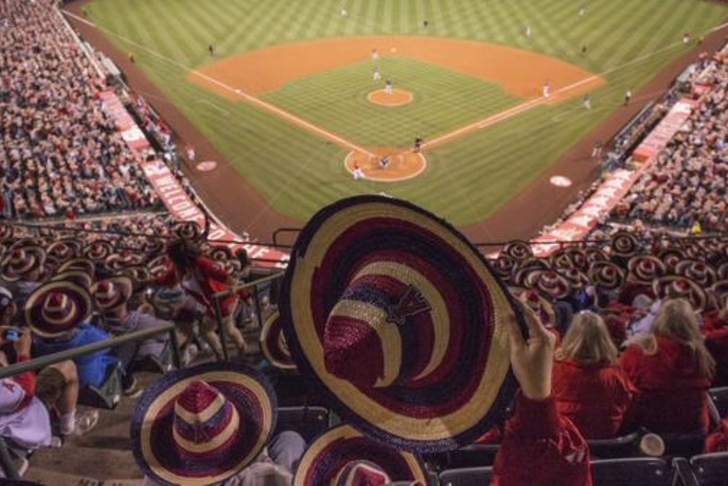 For the sixth-straight season, the Los Angeles Angels have set a Guinness World Record, this time with sombreros.

There was a Guinness official on hand to oversee the attempt, and a club representative was presented a certificate of completion afterward.

The announcement came between the fourth and fifth innings that the club was going after another world record. In order for it to be official, everyone needed to wear their sombrero, which was handed out to each fan upon entry into Angel Stadium, at the same time for at least five minutes.

The sombrero is the latest wearable item to aid the Angels in their Guinness World Record quest, a list which contains snuggies, wrestling masks, cowboy hats, wigs and Santa hats.