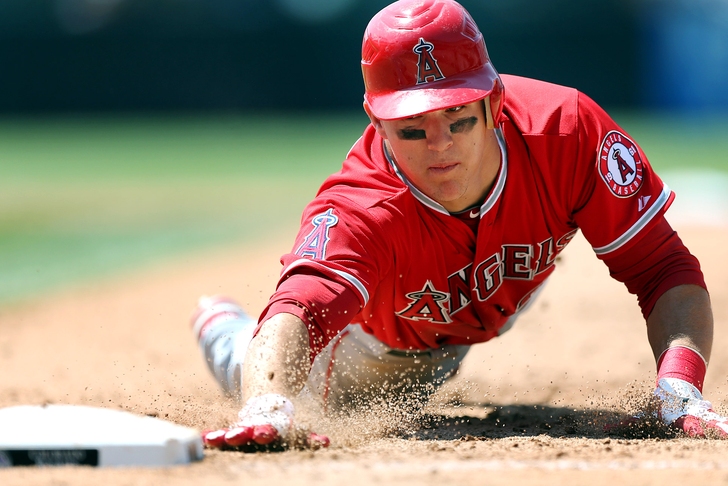 The 2014 Los Angeles Angels ruled the roost during the regular season, finishing at an MLB-best 98-64. However, that success didn't translate to the team's American League Division Series matchup against the eventual AL champion Kansas City Royals, who swept the Halos out of the postseason after a trio of heartwrenching defeats.

With a slightly reshuffled lineup and a bullpen poised to build off its 2014 successes, this year's team has the talent to outdistance the American League once again before atoning for last year's playoff disappointment. Will it all come together? Here's our 3 Bold Predictions For The 2015 Los Angeles Angels.

Cron's 2014 season was a tale of two halves, with a torrid May/June followed by a significant dropoff in production/on-field time from July on. The kid's got straight dynamite in his bat when his timing is right, and 2015 could be very well be the year where he lights the fuse. Expect Cron to exercise more patience than he showed all of last year, increasing his walk totals while slashing .280/.340/.510 with 25-27 home runs and 95-103 RBIs.

..and it leads to back-to-back MVP awards for the best position player in baseball. Pitchers preyed on Trout with high fastballs late in 2014 whenever possible, leading to a dip in Trout's slash #s (most notably on-base percentage) from mid-July on. Count that as just another thing to be conquered by one of the game's true superstars, as Trout will even out his production (and his slash line inconsistency) over the season, finishing off with 38 home runs and 120 RBIs

The Los Angeles Dodgers seem poised to break out of their playoff doldrums in 2015, and the Los Angeles Angels may very well be the class of a muddled American League. The Angels' bullpen has the horses and the back-end talent to go deep, and along with a potent lineup and an underappreciated starting rotation, that'll be enough to bring about an epic Los Angeles vs. Los Angeles Fall Classic.