'When Jamie Carragher and Steven Gerrard talked, I asked them to repeat it in English': Ex-Liverpool striker Andriy Voronin admits he struggled to understand his team-mates' Scouse accents during his flop spell at Anfield where he admits he 'couldn't cope 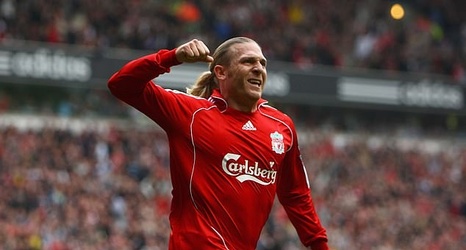 Voronin arrived on Merseyside as a free transfer in the summer of 2007 and was largely expected to provide adequate cover for the also recently signed Fernando Torres having penned a four-year deal.

But the former Ukraine international never adapted to the Premier League, claiming he had issues communicating with dressing room leaders Gerrard and Carragher while struggling with the UK weather and a lack of a winter break.