'When he played in Holland nobody believed in him - the big teams didn't want to buy him:' Jaap Stam hails rise of Liverpool 'leader' Virgil van Dijk 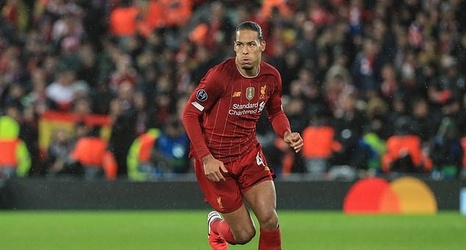 Jaap Stam has heaped praise on Liverpool defender Virgil van Dijk, revealing 'nobody' in Holland expected him to become one of the best players in the world.

Stam won the Champions League, FA Cup and three Premier League titles during three seasons at Manchester United, and the FC Cincinnati boss is pleased to see a fellow countryman thriving in England.

Van Dijk won the Champions League, UEFA Super Cup and FIFA Club World Cup in 2019, then helped the Reds establish an almost unassailable lead in the Premier League before the coronavirus pandemic halted the 2019-20 season.