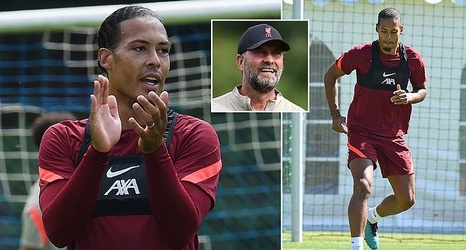 Liverpool boss Jurgen Klopp has confirmed that Virgil van Dijk is line to make his return from long-term injury in Thursday's friendly with Hertha Berlin.

The 30-year-old hasn't played for the Reds since October of last year, after undergoing surgery on the ACL injury he sustained during Liverpool's 2-2 draw with Everton.

Ahead of the friendly with the Bundesliga side Klopp revealed that Van Dijk is set to play in the match at Tivoli stadion.

'I hope, I am not sure, that there is the opportunity that Virgil could play a few minutes.