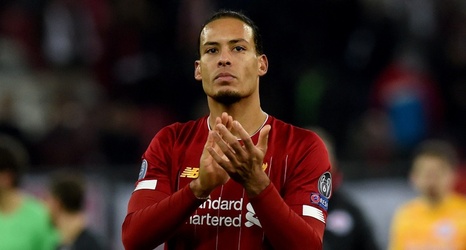 Virgil van Dijk credited Liverpool's maturity and game-management as they successfully overcame the threat of Salzburg to progress into the Champions League knockout stage as winners of Group E.

After an end-to-end first half concluded goalless at Red Bull Arena, the Reds struck twice in the space of 100 seconds through Naby Keita and Mohamed Salah to clinch top spot and extinguish the hosts' hopes of an upset in Austria.

"We had to be ready - and ready for a very tough night because they are a good side," Van Dijk reflected to Liverpoolfc.com following the final whistle.