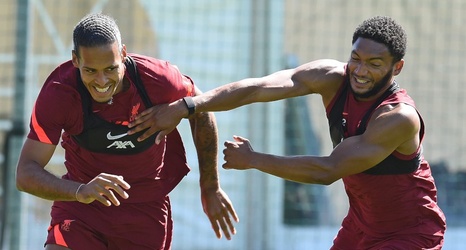 Jürgen Klopp has confirmed Virgil van Dijk could make his return from long-term injury in Thursday’s friendly with Hertha BSC in Innsbruck.

The defender, who hasn’t featured since undergoing knee surgery last October, may feature during the fixture against the Bundesliga side at Tivoli Stadion in a game you can watch live on LFCTV GO.

The manager revealed Joe Gomez is also close to returning to action after both players made positive steps forward during their rehabilitation at the Reds’ Austria training camp.