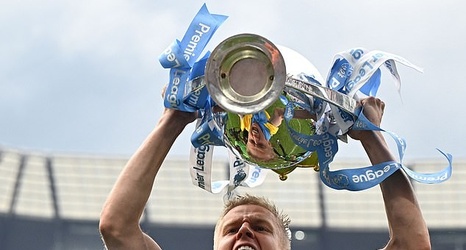 Oleksandr Zinchenko broke down in tears as he thanked Manchester City for their support after clinching his fourth Premier League title with the club.

The Ukraine international has been a key figure in City's latest success despite the emotional turmoil he has suffered since Russia's invasion of his homeland in February.

Zinchenko came off the bench and made a significant contribution as City came from 2-0 down to win 3-2 to pip Liverpool to the title by a single point on Sunday.

'At some point, especially in the beginning, I didn't think too much about football because it is impossible to live with what is happening in my country,' Zinchenko told Sky Sports.