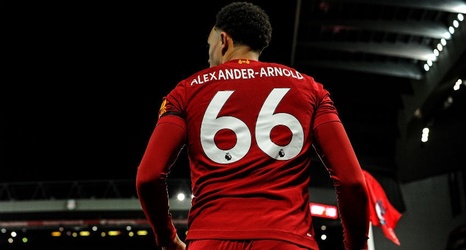 The 3-2 result at Anfield on Monday night restored the Reds' 22-point advantage at the top of the Premier League and puts them four wins away from becoming champions.

Next up on the schedule is a trip to Watford on Saturday evening as Alexander-Arnold has his sights on securing another valuable set of three points.

“Obviously we’re quite close but they’re four very tough games," the No.66 told Liverpoolfc.com. "Anything can happen in the Premier League and we’ve learned that over the course of our time playing in it, it’s difficult for us.

"It will be difficult, we understand that but our main focus is on the next game and recovering for that because going to Watford is not an easy task and teams have learned that over the course of the season.