The unlikely Wrexham lads: How Hollywood star Rob McElhenney and ex-Liverpool chief executive Peter Moore united in California to plot revival of Welsh side with Deadpool actor Ryan Reynolds also involved in bid to return to the Football League 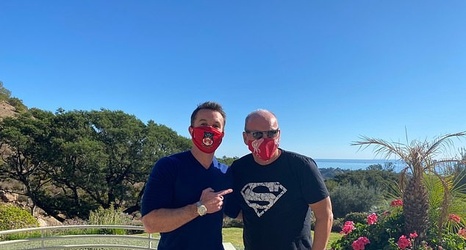 It was the most improbable strategy meeting that Wrexham have known in a colourful 156-year-history. A Hollywood star and a former Liverpool chief executive sat under a hot California sun for two hours last weekend, discussing Bobby Shinton, Mickey Thomas and how to get the team back into the Football League.

Rob McElhenney, the actor and director who suggested to Deadpool star Ryan Reynolds that they buy a British football club together, had driven the two hours to meet Peter Moore, whose three years at Anfield concluded with Jurgen Klopp's side lifting the Premier League trophy this summer and who will be taking on an advisory role for Wrexham's new American owners.