'The thing that hurt is that Liverpool got him way, way, way too cheap': Red Bull Salzburg boss Jesse Marsch insists club should have sold Takumi Minamino for much more than £7.25m 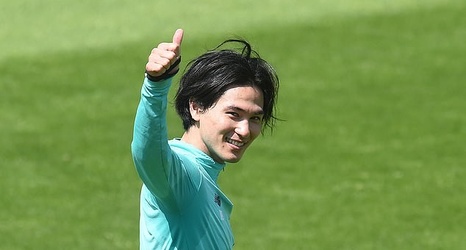 Liverpool wrapped up the cut-price £7.25million signing of the Japanese forward last December after impressing in the Champions League for Salzburg, beating Manchester United to his signature.

Liverpool were well aware of Minamino's talents after featuring twice against them in the Champions League group stage this season, and Salzburg boss Marsch has since admitted that it hurt how he left at such a low price.

Speaking exclusively on a Blood Red podcast, Marsch conceded: 'The thing that hurt with Taki is that Liverpool got him way, way, way too cheap.