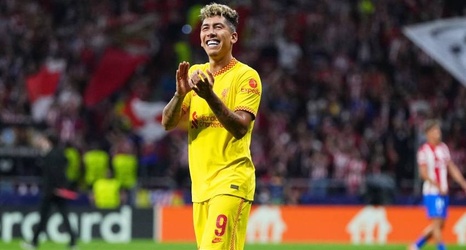 Liverpool made it three wins from three in the Champions League this season by beating Atletico Madrid 3-2 on Tuesday.

Mohamed Salah's second-half penalty gave the Reds the victory in the Spanish capital after a thrilling Group B contest.

Here are five talking points from the match...

Goals, wins and drama in Group B

Liverpool sit comfortably at the top of Group B after three rounds of goal-filled fixtures.

A total of 16 goals have been scored in the Reds' European fixtures this term, with Tuesday's tie perhaps the most action-packed of them all.