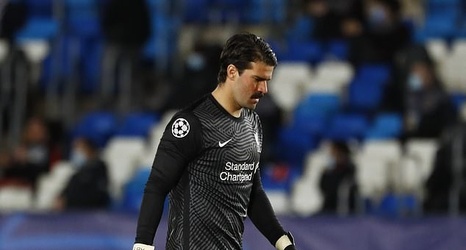 Simon Mignolet has put Alisson's drop in form down to Liverpool missing Virgil van Dijk, after the Belgian saw first-hand the effect he had on the Reds' defence.

The Brazilian keeper has not been in the imperious form Reds fans expect of him this season, as his side have endured a torrid Premier League campaign.

Liverpool lost Van Dijk to an anterior cruciate ligament injury after a collision with Everton's Jordan Pickford in October, and former Reds stopper Mignolet thinks their lack of stability at the back has played a major role in Alisson's struggles.