Sadio Mane: I feel so lucky to play alongside Mo and Bobby 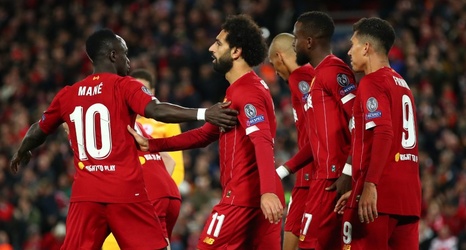 The goals from Mane and Salah in Sunday’s 3-1 win over Manchester City increased the combined tally of the trio since the beginning of 2017-18 to 183.

Having helped the Reds to clinch a sixth European Cup in June, all three were nominated for the 2019 Ballon d’Or and have been integral to Jürgen Klopp’s side opening up an eight-point lead at the top of the Premier League.

Mane believes the combination with Firmino and Salah works so effectively because of the simplicity of the way they operate with one another.

“I always say it is very easy to work together.