REVEALED: Integrity concerns emerge over title-chasing Liverpool's crucial clash against Wolves - because Reds will pay Sunday's opponents a multi-million pound bonus as part of the Diogo Jota transfer deal IF they win the Premier League 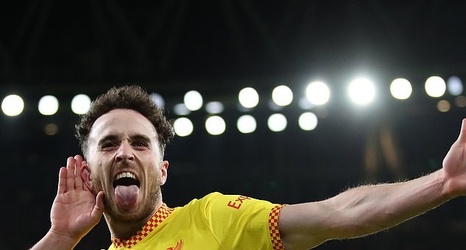 Wolves will receive a multi-million pound bonus payment from Liverpool as part of the Diogo Jota transfer if they win the Premier League this weekend, raising concerns over the integrity of their potentially decisive meeting at Anfield.

Jurgen Klopp’s side will win the title if they beat Wolves and Manchester City fail to win at home to Aston Villa, and may draw some confidence from the fact that the visiting club have a financial incentive to underperform.

Jota signed for Liverpool in a deal worth up to £45million in September 2020, but Wolves received just £4m up front, with much of the rest of the fee dependent on both the player’s and the buying club’s subsequent performances.