Reds Rising: Sadio Mane's header and Thiago's first ever goal for Liverpool give Jurgen Klopp's men victory over Southampton and a vital three points in Champions League race as they move sixth 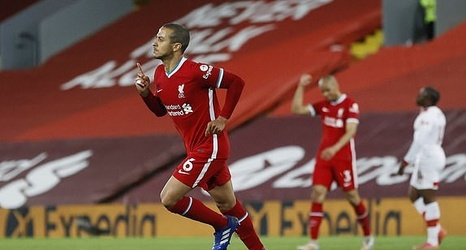 Liverpool could overtake Tottenham and move just one point off fifth-placed West Ham if they beat Southampton at Anfield on Saturday evening.

With Jurgen Klopp's side knocked out of the Champions League by Real Madrid, their Premier League position alone will determine whether they qualify for European competition next season.

Ralph Hasenhuttl's Southampton, meanwhile, can mathematically secure another Premier League campaign if they beat the Reds, with both sides having plenty to play for.

Follow Sportsmail's Max Mathews for live EPL coverage of Liverpool vs Southampton, kicking off at 8.