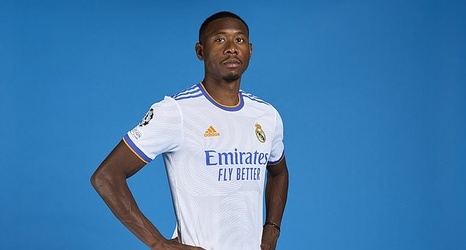 Alaba has been dealing with a hamstring injury sustained in the semi-final first leg against Manchester City last month and did not feature in Madrid's last LaLiga game of the season against Real Betis on Friday.

After the 0-0 draw at the Bernabeu, Ancelotti confirmed that the Austria defender will play against Liverpool at the Stade de France next Saturday.

'Alaba is going to play the final but it wasn't necessary to take risks,' Ancelotti told Movistar+.