PETE JENSON: Barcelona finally exited the Champions League with 'honour' after putting up a fight against PSG... and with Lionel Messi set to stay, teen sensations on the rise and a popular president back, it's not all doom and gloom at the Nou Camp 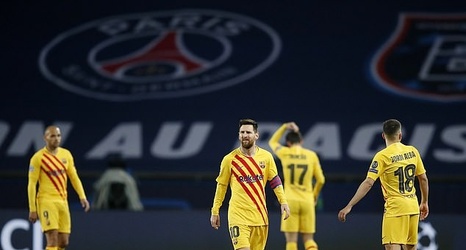 The club is doing its best to forget about the loss of around £9million (€10.5m) for not reaching the last eight and instead is trying to savour the feeling of making a proud departure instead of an embarrassing one.