On this day: Steven Gerrard and Luis Suarez bag hat-tricks 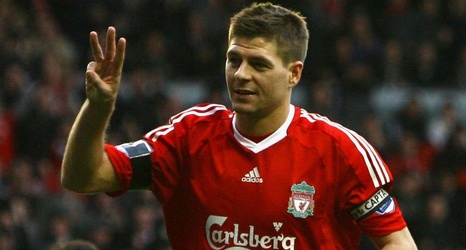 Gerrard netted his first Premier League treble for the Reds exactly 11 years ago against Aston Villa during a 5-0 victory at Anfield.

Two of the captain's goals came from the penalty spot, with a perfectly dispatched free-kick sandwiched in between.

Earlier on in the clash, Dirk Kuyt had opened the scoring after eight minutes before Pepe Reina then delivered an assist for Albert Riera.

Suarez, meanwhile, bagged three goals and an assist in the 6-3 win at Cardiff City on this day back in 2014.

Strike partner Daniel Sturridge set up one of those with a wonderful backheel before Suarez returned the favour later on.