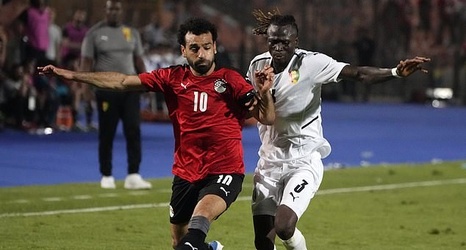 Mohamed Salah played 90 minutes for Egypt on Sunday despite being injured, having turned down Liverpool's offer of a scan to help resolve an ongoing issue.

The Reds forward captained his country to a 1-0 win over Guinea in the opening match of their qualifying campaign for next year's Africa Cup of Nations.

He was kept relatively quiet in the game, as the Pharaohs left it late to secure victory with a goal in the 87th minute from Mostafa Mohamed.

'Salah was suffering from an injury and played through it,' Egypt boss Ehab Galal said after the game.