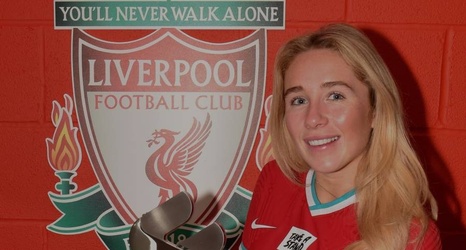 It marks another triumph for the young midfielder after also heading the fans’ combined vote for January and February.

The Scouser, who turns 20 on Wednesday, has had another impressive month – registering assists against Crystal Palace and Coventry United before getting on the scoresheet herself against Blackburn Rovers.

It has helped interim manager Amber Whiteley’s side put up an unbeaten run, which now stands at six games.