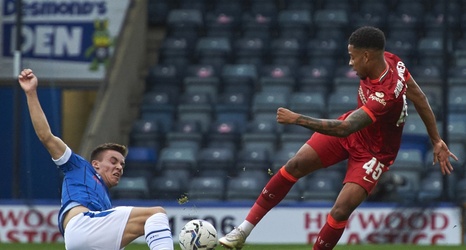 Liverpool U21s were beaten 4-0 by League Two side Rochdale in their opening group-stage fixture of the Papa John's Trophy on Tuesday night.

Liam Kelly’s pinpoint 33rd-minute strike separated the sides during an opening half in which the young Reds enjoyed repeated spells of attacking and possession superiority.

Rochdale strengthened their advantage in the tie at Crown Oil Arena four minutes after the break as Corey O’Keeffe won and then converted a penalty.

O’Keeffe blasted in his second and Rochdale’s third of the evening, before Josh Andrews added a fourth to seal a scoreline that did not fully reflect the visitors’ commendable display.