MARTIN SAMUEL: Chelsea have got under tetchy Pep's skin... Thomas Tuchel knows he hasn't played Guardiola's A-team yet, but he has the psychological edge going into the Champions League final 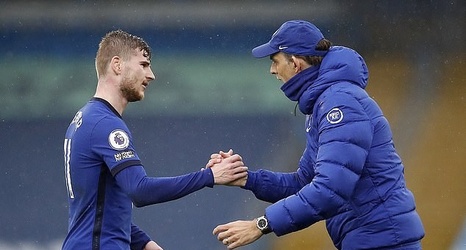 Thomas Tuchel is no fool. He knows the Manchester City team who Chelsea defeated on Saturday were a shadow of the one he will face on May 29. The one he eliminated in last month’s FA Cup semi-final were little better, either.

Yet beat them he did. And as a coach Tuchel knows that matters, too.

It is hardly a shock that it was Liverpool who came for City after back-to-back title victories. Between August 25, 2014, and January 3, 2019, City played Liverpool 11 times and won once — when Liverpool went down to 10 men after 37 minutes.