Luis Suarez 'is very close to signing for River Plate' on a free transfer after leaving Atletico Madrid... as Argentine side's boss Marcelo Gallardo insists Uruguayan striker 'has the will and enthusiasm' to sign for them 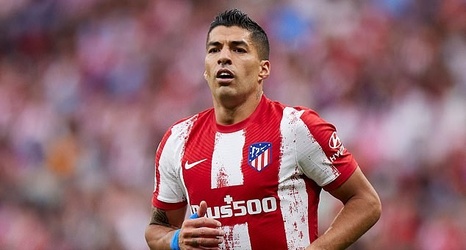 Former Liverpool and Barcelona striker Luis Suarez is closing in on a move to River Plate, according to reports in Spain.

The 35-year-old's contract at Atletico Madrid expires at the end of the month and is set to leave the club as a result.

And Mundo Deportivo claim Argentina will be the Uruguay international's next destination, with the report claiming some sources have indicated the move could be announced as soon as Monday or Tuesday.

However, the report also adds that other sources claim River Plate are yet to receive an answer from Suarez - who joined Cesc Fabregas and Lionel Messi in Ibiza last week to celebrate the PSG star's 35th birthday - as to whether he will join them.