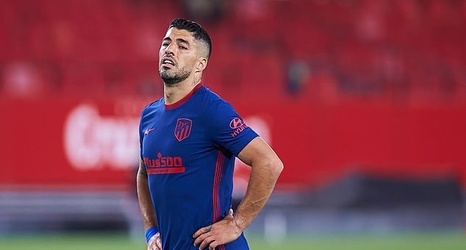 Luis Suarez is considering leaving Atletico Madrid in the summer transfer window to return to his former club Liverpool, according to reports in Spain.

The striker has fired the team to the top of LaLiga with 19 goals during a superb first season in Madrid, but it is believed the Uruguayan's 'difficult' relationship with manager Diego Simeone could cause him to leave.

Suarez – who included a clause in his Atletico contract which stated he would be allowed to leave in the summer of 2021 without any type of penalty – has also been offered the opportunity to spend 2-3 seasons at Inter Miami, as reported by Spanish outlet Todofichajes.