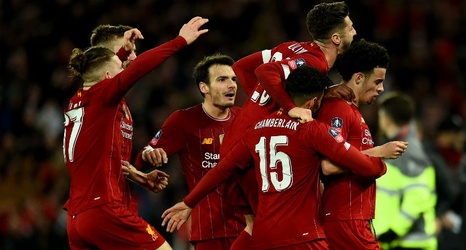 “They won every first ball, every second ball, ran forward and ran back and they did that better than us,” Wilder said post-match. “I love everything about them. The physical and mental part of it is amazing.”

Victory - earned by goals from Mohamed Salah and soon-to-be-crowned 2019 CAF African Player of the Year Sadio Mane - ensured Liverpool would go an entire calendar year unbeaten in the top flight.

Focus then quickly switched to the FA Cup and a third-round meeting with Everton at Anfield; a tie a much-changed home team, which included debutant Takumi Minamino, won thanks to Curtis Jones’ sublime goal.