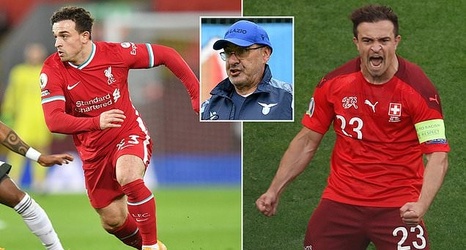 Liverpool's Xherdan Shaqiri has admitted he's 'honoured' by reported interest from Lazio and would relish playing under Maurizio Sarri.

The Swiss winger has informed Liverpool of his desire to leave this summer and Sarri's side have been mooted as a possible destination for the 29-year-old.

Shaqiri, who enjoyed a brief stint in Italian football when he played for Inter Milan between January and August in 2015; revealed his admiration for Lazio's sporting director Igli Tare and believes he would adapt well to Sarri's style of play.

'Igli Tare has been doing an excellent job at Lazio for years.