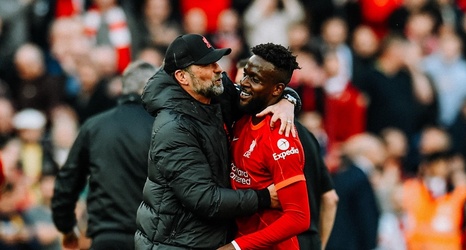 Jürgen Klopp hopes Fabinho, Mohamed Salah and Virgil van Dijk can feature against Wolverhampton Wanderers with the Champions League final on the horizon.

Liverpool host Wolves at Anfield in their last Premier League match of the season on Sunday afternoon, with that game coming six days before they meet Real Madrid in Paris.

Fabinho has missed the Reds’ last two outings due to a muscle injury, while Salah and Van Dijk were absent from Tuesday’s win at Southampton after sustaining issues during last weekend’s Emirates FA Cup final victory.

“It looks all good. What we do with them for the weekend I have no idea,” Klopp said of the trio’s fitness on Friday.