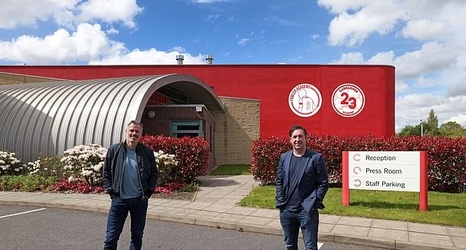 Liverpool legends Jamie Carragher and Robbie Fowler have joined forces to take over the running of the club's legendary former training base Melwood for a new sporting academy.

Jurgen Klopp's first-team squad left Melwood, which had been the club's training hub since the 1950s, back in November and relocated to a new £50million complex across the city at Kirkby.

Liverpool completed a deal to sell Melwood to property developers Torus back in 2019 for £10million.

They have since promised to develop 'ambitious plans for a landmark mixed-use housing scheme' on the site and on Friday announced a series of partnerships with sporting legends so they training facilities can still be put to use.