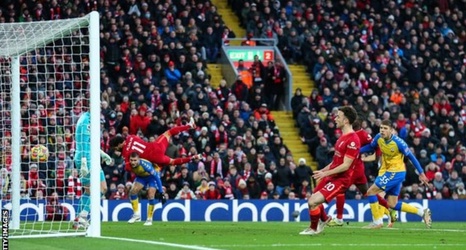 Towards the end of Saturday's thumping 4-0 win against Southampton, Liverpool fans had become so restless waiting for another goal they were urging their players to shoot from anywhere on the pitch.

That was after just 30 minutes without seeing the ball hit the back of the net, imagine if they actually fail to score in a game this season.

Liverpool have scored in every Premier League fixture so far this term. They've got at least two goals in each of their last 17 games in all competitions - the best top-fight run by an English side in almost 100 years.