Liverpool 'have had a £66m bid for RB Leipzig midfielder Naby Keita turned down', says the German club's owner 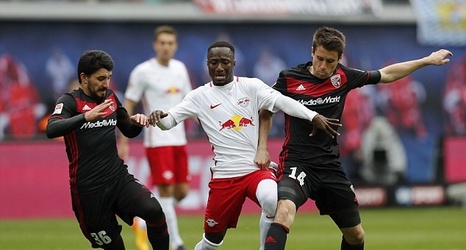 RB Leipzig have turned down a huge £66million offer from Liverpool for midfielder Naby Keita, according to the Bundesliga club's chairman.

In an interview, the club's owner Dietrich Mateschitz said they had no plans to sell the 22-year-old playmaker.

Keita, who is under contract at Leipzig until 2020, has been a target for Liverpool throughout the summer, but Mateschitz claims there will be no deal.

He told Bild: ‘Recently, a £66m offer for Naby Keita was flown into the house.