Liverpool have chance to become 'immortal' after Villarreal win 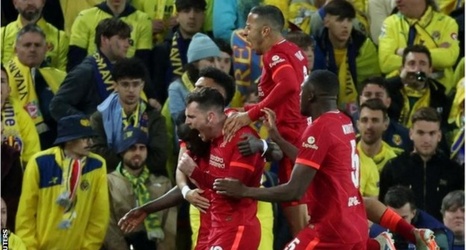 "It's impossible... but now you're thinking, can it happen?"

Liverpool moved to within eight games of "immortality" in the shape of an unprecedented quadruple after beating Villarreal 2-0 in the Champions League semi-final first leg.

The only negative for the Reds was that they should have won by more in a completely convincing performance.

Their goals came in quick succession through a Pervis Estupinan own goal and Sadio Mane.

So can the Reds really win all four trophies, what did boss Jurgen Klopp make of the win and do Villarreal have a chance at home next week?