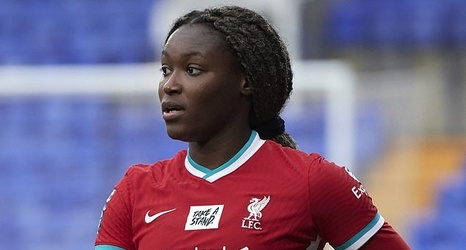 Liverpool have condemned the sickening racist and sexist abuse targeted at Rinsola Babajide and urged social media platforms to do more to prevent the spread of hate.

Babajide, 22, was subjected to an abhorrent comment after posting a photo on Instagram as part of her partnership with sponsors Puma on Thursday.

The anonymous user wrote: 'Football is only for men you n****'. The message has since been reported to the police.

An investigation has been launched, as confirmed by the club.

And a powerful statement from Liverpool was released today in the wake of the abuse.