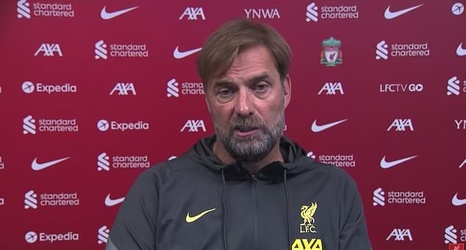 Jurgen Klopp says there is 'nothing new to say' about Mohamed Salah's contract situation and added he is not involved in negotiations.

The Egyptian 29-year-old is the Reds' top scorer this season with four goals in five games, but his contract runs out in the summer of 2023.

Salah has in the past been heavily linked with a move to Real Madrid, hinting at the prospect in December of last year, but Klopp does not seem concerned at all.

'There is nothing to say, not for me I'm not involved,' he said in his pre-match press conference ahead of the clash against Crystal Palace tomorrow.