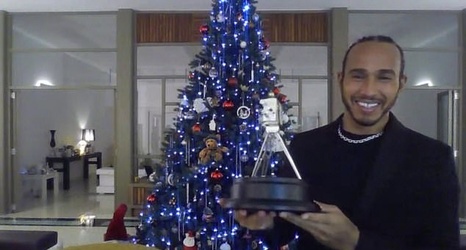 Lewis Hamilton capped his record-breaking 2020 when he was named BBC Sports Personality of the Year for the second time.

The Mercedes star, who is also set to be knighted in the New Year’s Honours, was voted ahead of Liverpool captain Jordan Henderson and jockey Hollie Doyle to claim the prestigious prize he first won in 2014.

Hamilton, 35, had been the favourite for the SPOTY award after equalling Michael Schumacher’s haul of seven Formula One world titles, as well as surpassing the German’s record of race wins.

He is only the fifth person to win the BBC gong more than once, joining a list which includes fellow F1 greats Nigel Mansell and Damon Hill.