Lee Carsley hits back at Jurgen Klopp and insists he would 'never put a player at risk injury-wise'... after Liverpool boss was left unhappy when Curtis Jones aggravated his groin issue on England U21 duty last month 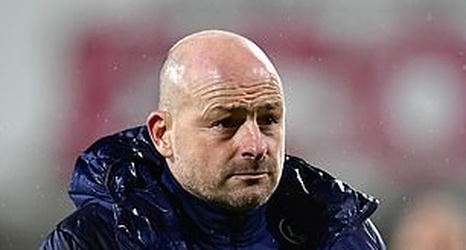 Boss Lee Carsley insists he would never put his England Under-21 stars at risk after criticism from Jurgen Klopp.

Liverpool manager Klopp was unhappy Curtis Jones returned to Anfield injured after international duty last month. He questioned why Jones played 33 minutes against Andorra - where he set up Emile Smith Rowe's winner after coming off the bench.

Jones had missed the Euro 2023 qualifying draw in Slovenia with a groin issue and aggravated it in the 1-0 win in Andorra.

He is missing this month's games against the Czech Republic and Georgia with an eye injury and Carsley insisted there is no issue with Liverpool.