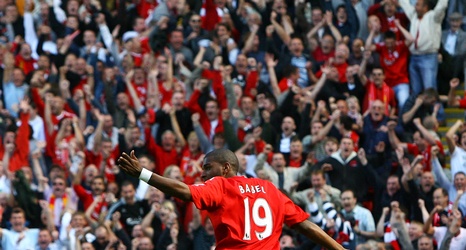 Divock Origi scored one of the most important goals by a substitute in Liverpool history a year ago today.

Off the bench in the 2019 Champions League final against Tottenham Hotspur, with the Reds narrowly 1-0 up, the Belgian was given a glimpse of the net on 87 minutes.

After a touch to set himself, Origi slammed a low left-footer into the bottom corner, prompting joyous celebrations and ensuring a sixth European Cup for the club.

It was far from the first time the No.27 had made a memorable impact as a substitute; indeed, Origi has made a habit of it since joining Liverpool.